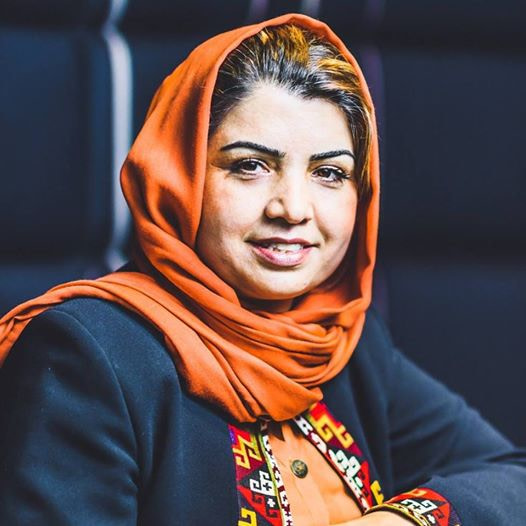 The situation for Afghan businesswomen has improved remarkably over the last two decades. As someone who’s start as an entrepreneur began in clothing production under the Taliban regime and spread to many different industries since then, I can say that Afghan women have so many more opportunities now than I did. This is especially the case since President Ashraf Ghani made the private sector and women’s economic empowerment a major priority in his agenda. Besides the President, Her Excellency the First Lady has been an enormous source of support for the betterment of Afghan women, to include in the economic sphere.
While the situation for aspiring Afghan businesswomen may have improved dramatically, that is not to say that we now have a level playing field. Afghan women continue to struggle with conservative social expectations in which they face pressure to focus on household duties. For those Afghan women who are committed to launching and operating a business, simple tasks like meeting with suppliers and buyers can be a struggle. For example, male relatives must be recruited to come along as chaperones, considering the cultural taboo against women moving alone outside the home.
When it comes to conducting sales trips abroad to meet potential international buyers, this is simply out of the question; not only because of the cultural taboos, but also because most Afghan women are operating small and medium-sized enterprises with insufficient cash on hand to budget such trips.
For these reasons, Afghan women continue to require institutional support on the road to gender equity in the private sector. The Made by Afghan Women initiative is one such form of institutional support – overseen by the Afghan Government’s Ministry of Commerce and Industries in collaboration with the Afghanistan Women Chamber of Commerce and Industry (AWCCI) and other government and non-government partners – that will help Afghan businesswomen contribute even further to the financial stability of their households, the advancement of their nation’s economy, and the reputation of Afghan products around the world. I believe in AWCCI’s mandate and am thankful for the support provided by His Excellency the President and First Lady Rula Ghani for its establishment. I am very optimistic about the prospects of Afghan women in the private sector in the years ahead, and believe that the AWCCI leadership will contribute to this bright future.
Kamila Sidiqi Deputy Minister, Commerce Ministry of Commerce and Industries